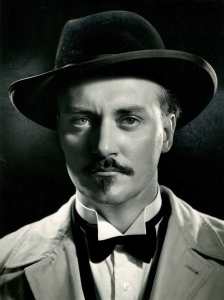 Ronald Stevenson (1928-2015) was in many ways something of a throwback. He was also a Renaissance man: a prolific composer, virtuoso pianist, author, teacher, intellectual, and polymath. Author Malcolm MacDonald called him a “mephistofaustian composer-pianist in the pattern of Liszt, Busoni and Paderewski … [in] the mould of such great Victorian artist-socialists as John Ruskin, or the Transcendentalists Emerson and Thoreau, for whom art and life and nature were all compact.”

The son of working-class parents – his Scottish father was a railway fireman and his Welsh mother a mill-worker – Stevenson was proud of his Celtic heritage and considered himself a Scot, having lived in Scotland from his twenties until his death. He studied at the Royal Manchester College of Music (where he also later taught; it’s now part of the Royal Northern College of Music) and the Conservatorio di Santa Cecilia in Rome. As a self-identified “socialist pacifist” and conscientious objector – his politics are sometimes evident in his music – Stevenson applied for an exemption from military service but was denied, leading to his imprisonment for a year. From 1962 to 1965, he taught piano and composition at the University of Cape Town. He also taught at the University of Edinburgh and the Juilliard School, and was a visiting Professor at the Shanghai Conservatory.

He was an occasional radio broadcaster, creator of a twenty-six part BBC series on the music of Ferruccio Busoni – on whose music he was an authority and about whom he wrote a long study – and a series on the Scottish Pipe, Harp and Fiddle. He corresponded with the likes of Dmitri Shostakovich, Benjamin Britten and Jean Sibelius, and his long exchange of letters with Percy Grainger has been published by Toccata Press.

Among Stevenson’s compositions are hundreds of piano pieces, choral music, over two hundred songs, and a host of piano transcriptions and folk song arrangements. Probably his most famous composition – and one of his most ambitious, comprising some eighty minutes of unbroken music – is the Passacaglia on DSCH for solo piano (1960-62). Recordings of Stevenson’s music have been appearing at a steady pace in recent years. Along with multiple versions of the Passacaglia, Christopher Guild is engaged in a complete recording of Stevenson’s solo piano music for Toccata Classics, and a three-CD set of piano works played by Murray McLachlan was released by Divine Art. Fortunately, too, recordings of Stevenson himself as a pianist are available, many on YouTube. Here, Stevenson plays his Heroic Song, the second movement of 1967’s A Scottish Triptych.

Stevenson wrote four concertos – one for violin (composed for Yehudi Menuhin), one for cello, and two for piano. The first of Stevenson’s piano concertos, “Faust Triptych,” evolved over many years, starting life as a Faust Fantasy for solo piano inspired by Ferruccio Busoni’s opera Doktor Faust that was expanded into a trio of pieces – the Prelude, Fugue, and Fantasy – and subsequently orchestrated as the Piano Concerto No. 1 in 1960.

Around this time, Stevenson had become increasingly fascinated with the range of the world’s music. In the last chapter of his 1971 book Western Music: An Introduction, Stevenson wrote “Europe is tired. Western art must look to the East,” concluding that “the sum of world music is the complete music of mankind.” He hinted at this interest in the work that followed the First Piano Concerto, the aforementioned Passacaglia on DSCH. Based on the musical motto of Dmitri Shostakovich (in the German nomenclature, D = D, S = Es or E-flat, C = C, H = B natural), the Passacaglia incorporates allusions to Scottish, Spanish, Russian, and South African musical styles.

But this interest came to fruition in the Piano Concerto No. 2, “The Continents,” which was described by Tom Service as Stevenson’s “hugely ambitious attempt to create a journey around the world’s musical traditions with the piano the voyager.” Commissioned in 1972 by the BBC for the Henry Woods Proms, the Concerto No. 2 was premiered with Stevenson as soloist and the New Philharmonia Orchestra conducted by Norman del Mar. That premiere performance is available on YouTube.

Stevenson described the origin of his work: “In the early 1960s, living in South Africa, I read a poem, Die Kind (The Child), by the Afrikaans poet Ingrid Jonker. The black child with a bullet through his brain in Sharpeville only wanted to play in the sun. As a symbol, he will travel through the world – without a pass book. This poem suggested to me the form of my Second Piano Concerto: a trek through the musics of the continents, with all the struggle of a piano pitted against an orchestra.” In a single continuous movement, the Piano Concerto No. 2 was described by Stevenson as having five sections, including a prologue and epilogue.

The following listening guide owes much to the description and notes included with the Concerto’s recording with pianist Murray McLachlan and Chetham’s Symphony Orchestra conducted by Julian Clayton, which has appeared on the Olympia and Regis labels. The timings below are based on that recording.

1. Prologue, including Africa and Australia

a. Prologue
(0:00-0:34)
This short, thundering introduction features both the Shostakovich-inspired DSCH motif mentioned above and the “Clavis Astartis Magica” theme from Busoni’s Doktor Faust, a melody which also appears in Stevenson’s Piano Concerto No. 1. (Clavis Astartis Magica, a book on black magic, is given to Faust in the opera’s Prologue 1; it becomes a guide to Faust’s summoning of Mephistopheles and accrual of power.)

b. Evocation of African drumming
(0:35-1:39)
This section, focusing on rhythm, features only percussion and piano.

c. Moderato
(1:40-3:32)
Stevenson maintained a long correspondence with composer Percy Grainger, and this atmospheric section, with high winds and strings, is based on an Australian Aboriginal melody that was first notated by Grainger in 1909.

d. European man’s agonized commentary on the passing of Aboriginal culture
(3:33-4:43)
Fluttering flute and downward arpeggios from the piano extend the mysterious mood of the previous section.

a. Allegro con urgenza (Vietnamese partisan song)
(4:44-5:08)
The Asia section has something of the form of a rondo, in which this Vietnamese song – in agitated music that has the pianist strumming the strings within the body of the instrument – serves as the recurring motto.

c. Piano harmonics, muted orchestra and echo effects from tubular bells
(6:04-7:29)
This section is almost motionless until the ascending chords and arpeggios from the piano at the end.

g. Chinese folk song, The Chrysanthemum
(8:46-9:45)
A burst of percussion introduces and accompanies the song, heard first in the piano, then the strings.

i. L’istesso tempo (Indian raga)
(10:09-11:46)
Over rumblings from the piano that evoke the drone of the tambura in Indian music, the piano takes the melodic line, with occasional dramatic outbursts from the orchestra. The section ends with the soloist once again playing the strings within the piano.

a. Poco lento (Scottish Pibroch)
(11:47-13:43)
A Scottish folk melody, with characteristic grace notes, is played by the piano over a drone accompaniment. The orchestra then takes up the melody, with slightly dissonant accompaniment, then piano and orchestra exchange phrases again.

b. Andante con moto (Western European fugue based on Prologue)
(13:44-17:33)
From the simple accompaniment of the Scottish Pibroch, Stevenson moves to more elaborate textures with a pair of fugues. This first one opens with, and focuses on, the winds in dissonant counterpoint. Momentum builds with the addition of French horn and chugging strings. Suddenly a Romantic, almost Rachmaninoff-like passage takes over, before the music speeds to its strident end.

c. Allegro (Eastern European fugue with piano ostinato in Bulgarian rhythm)
(17:34-19:05)
The repeated rhythm of the piano provides the foundation for this music, as the tension (and volume) builds. An arpeggio up the length of the piano introduces the next section.

d. Alla marcia
(19:06-20:51)
This section, with its march rhythm tapped out by the drum and pizzicato strings, features a Russian march based on the speech rhythms of the 1917 revolutionary slogan “Peace! Bread! And the Land!” One can’t help but think of passages in the symphonies of Dmitri Shostakovich here.

a. Blues
(21:27-23:16)
The piano takes the lead in this sultry music. Clarinet, trumpet, and trombone also take brief solos.

b. Moderato con moto
(23:17-23:41)
This section also evokes the music of the southern United States, with a strumming banjo imitated by the strings.

c. Evocation of an African-American Spiritual
(23:42-24:22)
Also featuring the bluesy harmonies of the previous sections, the winds and brass take the lead here.

d. Allusion to a traditional African-American Spiritual
(24:23-24:45)
The mood of the previous section continues.

e. Allegro ma non troppo (Amerindian Dance)
(24:46-25:52)
The tempo picks up, with exciting figuration from the piano soloist and outbursts from the percussion.

g. String melody based on the poem Patria o muerte! by Che Guevara
(26:37-27:49)
The sustained, passionate melodic line of the strings is punctuated by the display of the piano, drum rolls, and brass fanfares.

h. Threnody for Heroes on cello quartet
(27:50-28:45)
After a pause, the cellos play their lament, with gentle strums from within the piano.

i. Funeral March
(28:46-30:26)
The mood of lamentation continues, somewhat more dramatically, with the brass section. Staccato chords from the piano accompany a short passage for the tuba, as the momentum builds.

j. Rag (based on previous Blues. An explosive jazz party in America’s backyard!)
(30:27-31:35)
The blues played earlier by the piano returns, with more energy than previously, helped along by the powerful orchestra.

a. Molto moderato (Reminiscences. An inevitably failed attempt at an international melting pot of music)
(31:36-33:05)
According to Stevenson, “the denouement is a confrontation of the musics of different countries.” Conga drums, chattering woodwinds, and rumbling from the rest of the orchestra creates an unsettled atmosphere.

b. Piano solo (the individual voice striving to be heard)
(33:06-33:42)
Stevenson continues, “At the climax, the piano hammers out a repeated chord, as if to assert human rights.” This passage serves as a final cadenza for the soloist.

c. Epilogue, based on the Prologue
(33:43-35:03)
Over a rather solemn chorale and more powerful chords from the piano, the work ends, in Stevenson’s words, with “a reminiscence of the prologue – a question, yet with hope.”