Time and Place: 10:30 Sunday morning, a little later than is my norm – that’s what I get for sleeping in and feeling well-rested – at my main computer at home.

Reading: After having read Haruki Murakami’s first novel, Hear the Wind Sing, as my last book of 2016, I made his second novel, Pinball, 1973, my first of 2017. Like Hear the Wind Sing, it was relatively short, and I finished it in a couple of days. I’ve now moved on to Olivia Laing’s The Lonely City: Adventures in the Art of Being Alone. It is quite wonderful, and suits my current frame-of-mind well. I plan on writing about it here at the blog fairly soon.

Viewing: My movie viewing for the week has included The Scarlet Pimpernel, the 1930s version with Leslie Howard and Merle Oberon, and the last film by the great Alain Resnais, the very stylish and stylized Life of Riley (this makes me want to catch up on the many more recent Resnais films that I’ve never seen). Inspired by a reference in Olivia Laing’s The Lonely City, I also finally saw the fascinating documentary Finding Vivian Maier, on the photographer whose work was only discovered and appreciated, almost by accident, after her death.

Listening: My music listening has largely been tied to the program notes I am currently writing for the Reno Chamber Orchestra and Reno Philharmonic Orchestra. Their upcoming concerts feature works like Mozart’s Symphony No. 31, the “Paris,” and Prokofiev’s Piano Concerto No. 3, and I’ve enjoyed spending time with this great music. Next on the writing schedule is Antonín Dvořák’s Symphony No. 6, a piece I haven’t heard for a very long time but which I remember liking quite a lot.

Blogging: I managed two pretty substantial blog posts this week, one on Julia Wolfe’s Pulitzer Prize-winning composition Anthracite Fields (which is going to be performed in San Francisco on February 26 – possible road trip!), and another on the exhibition The Brothers Le Nain: Painters of 17th-Century France, currently to be seen at the Legion of Honor. This latter article, I personally feel, is one of the best blog posts I’ve done in some time. Even if you don’t read the 2,000 or so words I wrote, the art works are very attractive indeed.

Anticipating: After a stretch of reasonably high-quality writing this past week, I’m hoping for something like the same this week.

And finally: Still celebrating the arrival of 2017… 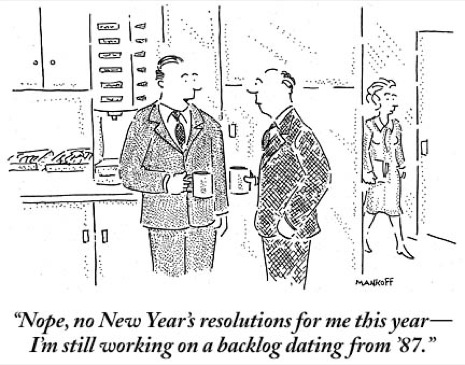