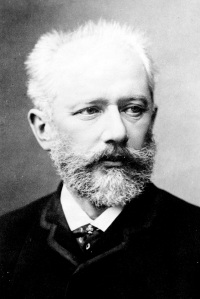 The following is the program note I wrote for the Reno Philharmonic Orchestra‘s upcoming performance of Tchaikovsky’s famous “Pathétique” Symphony. If you’re in the Reno area, you can hear the Reno Philharmonic perform this work along with Gabriela Lena Frank’s Concertino Cusqueño and Kodály’s Dances of Galánta on Sunday, October 30 at 4:00 p.m. and Tuesday, November 1 at 7:30 p.m. at the Pioneer Center. Read more and purchase tickets here.

“His musical utterance comes directly from the heart and is a spontaneous expression of his innermost feeling. It is as sincere as if it were written with his blood.” In speaking generally of Tchaikovsky’s music, conductor Leopold Stokowski summed up the essence of the Symphony No. 6, known to posterity as the “Pathétique.”

Three years after the completion of his Fifth Symphony in 1888, Tchaikovsky started thinking about a Sixth. He made some initial sketches in the spring of 1891 while in the United States on a concert tour. But he became disillusioned with what he was creating, writing to his nephew Vladimir Davidov (whom Tchaikovsky called “Bobyk”) that the new symphony “contains nothing that is interesting or sympathetic … it should be cast aside and forgotten” (later, some of those sketches were recast into the single movement Piano Concerto No. 3). This led to a brief period of despair. Tchaikovsky wrote again to Bobyk, “I think and I think, and I know not what to do.” But soon afterwards he found his way out, as he quickly completed his famous ballet The Nutcracker. By 1893, Tchaikovsky had started on another new symphony, about which he wrote to his brother Modest, “I am now wholly occupied with the new work … I believe it comes into being as the best of my works.”

Composed between February and August of 1893 and dedicated to Bobyk, the Symphony No. 6 was given its premiere under Tchaikovsky’s direction on October 28 of that year in St. Petersburg. At that point the Symphony didn’t have a title. The day after the premiere, Modest suggested the nickname “patetichesky,” which, rather than the English “pathetic” or “pitiable,” in Russian connotes something more like “passionate” or “emotional.” Four days later, Tchaikovsky contracted cholera by drinking a glass of unboiled water – whether intentionally or accidentally is still a matter for debate. He died four days after that, only nine days after the premiere of his symphony.

Eventually the work was published with the French title “Symphonie pathétique.” With that title, and given the fact that at one point Tchaikovsky had considered calling it a “Program Symphony,” many have suggested over the years that some story or program underlies the Symphony No. 6. Since the work came so close to Tchaikovsky’s death, some have considered the idea of a “symphony as suicide note,” citing the lengthy, mournful Finale and a brief quotation from the Russian Orthodox requiem service by the trombones in the first movement. This kind of speculation arose soon after Tchaikovsky’s death and has persisted, very often associated with Tchaikovsky’s homosexuality (and with a rumored threat to make one of his affairs public). For the most part, though, that sort of tabloid speculation has been discounted.

A doleful bassoon solo over the basses opens the Adagio introduction of the first movement. Another short motif becomes important when the main body of the music speeds to Allegro ma non troppo. That motif, now sounding boldly, and another famous, soaring theme – which Tchaikovsky directs should be played “tenderly, very songfully, and elastically” – become the focuses of the movement, including the agitated, fast-paced central development section. The music ranges from the quietest possible sounds (marked by the composer pppppp) to loud, brass-drenched climaxes. After the main themes return in the closing recapitulation, the movement ends quietly.

Rather than the typical slow second movement, Tchaikovsky gives us what he called a “limping waltz” in the unusual time signature of 5/4. Despite this odd rhythm, the movement can’t help but call to mind Tchaikovsky’s famous ballet music. The graceful opening and closing sections frame a central trio of a more wistful character.

Both of the remaining two movements are in what is sometimes called “sonatina” form – like a sonata-allegro movement, with exposition and recapitulation of the main melodies, but without the central development of those themes. In a forceful march tempo, the exciting third movement has moments of playfulness, but for the most part barely contains its energy. So powerful is this music that it rarely fails to win applause. Composer Arnold Schoenberg wrote that the anguished final movement “starts with a cry and ends with a moan.” Only occasionally does the music stray from the minor key into the major, including a consoling theme in the violins over a repeating figure in the French horn. At the end, the music returns to the sonic and emotional depths of the first movement’s opening, as the cellos and basses fade to silence.

One thought on “Tchaikovsky’s “Pathétique” Symphony”