Place: In my computer-music-storage room.

Eating: Some flax-enhanced cereal is awaiting me. But it’s hard to eat and type this at the same time.

Reading: Roger Lipsey’s The Spiritual in Twentieth-Century Art is still my main focus. It’s slow going, but extremely interesting (a work featured in the book will be appearing at the end of this Salon). I also received some nice books for my birthday this past week, and they’ve been added to the soon-to-be-read stack, which has now taken on a second and a third floor and will soon require an annex.

Watching: Last night I finally watched Babette’s Feast (1987), in its day a very well-known film and winner of the Academy Award for Best Foreign Language Film. It was extremely fine, although I couldn’t help but wonder to myself why the chilly ambiance of the first two-thirds of the film, with its moody, misty landscapes and blue-gray coloring, was more appealing to me than the warmer, more genial final third of the film as the Feast of the title was served. It probably says something about my personality that I’d rather not explore further. The same might be said of my choice to spend the evening of my birthday watching Vincent Price horror movies on Turner Classic Movies. None of them – House of Wax, The Mad Magician, and House of Usher – would likely be described as a great film. But all were entertaining, not least because of the great Mr. Price himself, who brought nobility to even the B-est of B films.

Listening: A review will soon be appearing in this blog of one CD I’ve been listening to a lot recently, the new one by the Irish early music group eX. Recently purchased is the new Naxos CD of Havergal Brian symphonies, which I’m looking forward to. And I received as a birthday gift (thanks, Scott) Kelley O’Connor’s recording of Peter Lieberson’s Neruda Songs, which I’m sure will be great but which I won’t listen to until the mood is just right; those songs are extremely emotional.

Pondering: In just over three months I will be traveling to southeast Asia. My passport is up-to-date, and the necessary visas are in the works. But I feel I should be frantically preparing, even if there isn’t really anything to be done just yet.

Blogging: My only post of the past week listed Herman Melville’s many terms for beards in his novel White-Jacket. I’ve had a somewhat slow last couple of weeks with the blog, which I hope to improve this coming week.

Anticipating: I don’t know if anticipating is quite the right word, but I am very much aware of the fact that I have to write program notes for December’s Nevada Chamber Music Festival concerts in the next two or three weeks. While we are repeating some works this year (meaning I can reuse older notes, hurrah!), there are still eleven performances that will require some degree of writing. More about this will turn up in the Sunday Salon in the coming weeks, probably in the form of complaints about the workload! 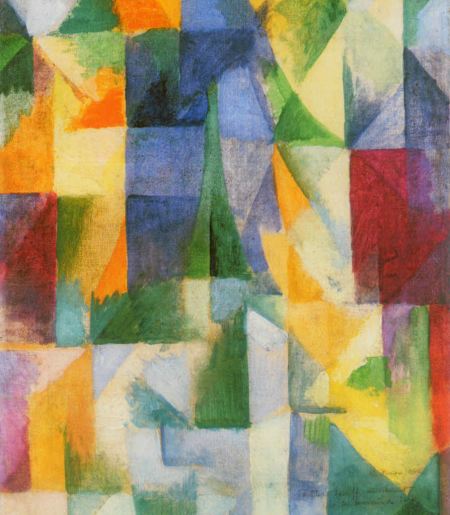