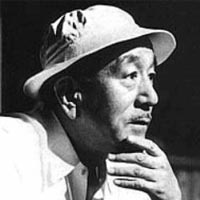 Sometimes the emotional resonance of a memory lingers long after the specifics of the event that brought about those emotions have faded.

When I was in my late teens or early twenties, only a very few television stations were available. I came across a station on the UHF band (remember that?), about which I remember nothing except for the fact that at 9:00 p.m. on Sundays, they played Japanese language programming. It may have been Japanese television shows, or perhaps theatrical films. The characters generally wore modern clothing, although there may have been period costuming on occasion. I don’t recall any sword fights or samurai or any of the typical historical trappings – just conversation, with no subtitles. For a young person with little knowledge of the world beyond what was happening within a foot or two of his nose, this gave me a glimpse of the larger world that I have never forgotten. I became fascinated by whatever this programming was, the emotional dramas of these characters whose language I couldn’t understand, and was there every Sunday for a long time.

Skip ahead twenty-five or so years. Foreign, independent, and older films have captured my attention, and through Turner Classic Movies, Netflix, and my own purchases, I’m starting to explore. Reading about Japanese film, the name Yasujiro Ozu keeps coming up as one of the most esteemed of Japanese directors. I’ve never seen anything by him, so I get hold of the film that seems to attract the most attention, Tokyo Story (in the 2012 Sight and Sound poll, Tokyo Story topped the directors list of greatest films ever, and came in at #3 in the critics poll).

I have to admit that on my first viewing, I was underwhelmed by this seemingly ordinary drama. Yes, I found the story interesting, the characters well drawn, and the actors – especially Setsuko Hara, who has remained a favorite to this day – appealing. But one of the greatest films of all time? At first I had my doubts. But over time, something started to resonate in me. My thoughts kept returning to this film, its honesty and (deceptive) simplicity. I sought out a few more Ozu films – Early Summer, Good Morning, An Autumn Afternoon. Gradually, I started to get it. And somewhere along the line, my mind cast back to those Sunday evenings with Japanese TV. The feeling I got from these Ozu films, with their powerful depictions of small scale, human dramas, reminded me of the emotions provoked by those Sundays. Since then, I’ve become an eager Ozu fan. And for a complex of reasons, I continue to associate Ozu with Sunday evenings, and my Sunday Nights with Ozu began. Now, almost every Sunday evening, I’ll watch an Ozu film. Occasionally I’ll include Japanese directors of a similar humanism, like Mikio Naruse and Hirokazu Koreeda. But Ozu remains at the center.

Why Ozu? A short list of reasons would include: the straightforward yet emotionally fraught situations, interpersonal relationships that are reserved but with plenty of drama roiling just below the surface, the appealing and imperfect characters, the deliberate pacing and the chance to get to know the characters – simultaneously intimately and at the camera’s respectful distance – often without the plot being moved much forward, the elegant, very specific camera placements (perfectly framed shots with only very occasional actual camera movement), the overall look of both his color and black-and-white films, the appeal of his stock team of actors, and the portrait he provides of both pre- and post-war Japan (and the stresses on individual and family life of those times). His is not the world of the jidaigeki, the “period dramas” of Japan with their historical settings and chambara sword fights and courts and farmers, but rather that of gendai-geki or shomin-geki, domestic family dramas set in the present day.

Oftentimes the situations in his films are simple. A young woman, devoted to her father or mother, is surrounded by people who feel it’s time for her to marry and move on with her life. Grandparents visit their adult children and are surprised by the cold reception they get and the dreariness of their children’s lives. Two married people find themselves growing apart, but are presented with the opportunity to reconnect.

The following scene, the famous final scene from one of Ozu’s masterpieces, Late Spring (here is a good summary from the excellent Ozu-san website of the film, with stills and many of the beautiful “pillow shots” that punctuate the film), illustrates what I am talking about. Noriko has lived with and been devoted to her widower father, Professor Somiya, for many years. But, finally succumbing to the pressure she has gotten from family and friends, she has gotten married. After the wedding, Somiya goes home, and after the maid has left, he is alone in his home for the first time in many years. Obviously contemplating the events of the day, and his future, he sits down and peels an apple. Note the beauty of the framing of each shot, the timing of the editing, the music, and the eloquence and simplicity of Chishu Ryu’s body language and gestures. The result has justly been called one of the most moving scenes in all of film.

Yes, I love my Sunday Nights with Ozu, and hope they will continue.